Jesse Clegg turns up the heat! 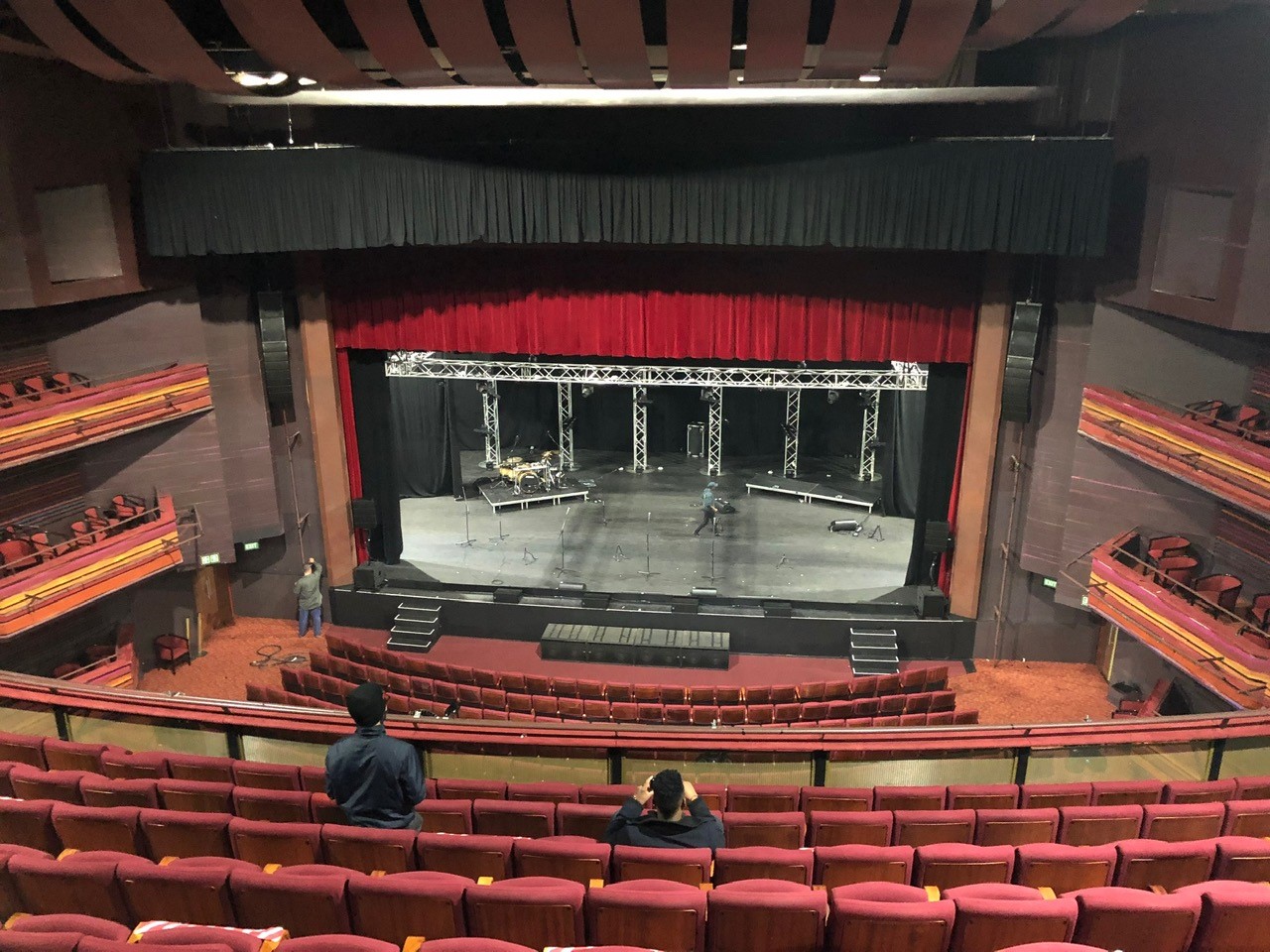 Jesse Clegg turns up the heat!

Jesse Clegg is a South African singer-songwriter, guitarist and pianist, whose three studio albums, When I Wake Up, Life on Mars, and Things Unseen, have made him a platinum-selling success in his home country.

From growing up in a musical family and spending his younger years on tour with his father, to kickstarting his own successful solo music career that has spanned over a decade, music has always been a part of Jesse Clegg’s life. Reflecting on his journey, Jesse and his team decided to host a series of shows at the Teatro at Montecasino in Gauteng in April 2022. After the release of his 2021 single, “Waiting on the Outcome” and the lack of concerts during the COVID epidemic it was a warm welcome to the South African music scene. Added to that he was joined by International Artist Nicholas Petricca from Walk the Moon and local favourites Denholm Harding from Just Jinger and Arno Carstens.

South African distributor, Audiosure took the responsibility of designing the live system together with the Zinto Marketing group. The team made full use of an Allen & Heath dLive system consisting of an S5000 console at Front Of House and a C2500 on monitor duty in the stage wings. Both were controlling the DM64 mixrack making use of the Allen & Heath multi-surface system. Due to the high-level requirements and scope of the show, this system was the perfect way to achieve what was required. Both nights were recorded using a Dante card, which made it possible to multitrack record all 64 inputs producing a crystal clear and concise recording of the show.

FOH engineer Verny Scholz has been working together with the Clegg family and many other well-known South African acts for decades. He relayed his enjoyment of the feeling of arriving at the venue and getting set up quickly. Verny made careful use of the gain tracking function on the dLive which allows the trim to adjust the signal, based on either the FOH engineer or monitor engineer changing any gain settings. Lesedi Maponya, Allen & Heath product specialist for South Africa assisted with set-up and provided on-site technical support to Verny where required.

The desk was responsible for driving a beautiful Martin Audio MLA mini system consisting of a hang of two MSX 15” Subs over eight MLA mini boxes per side. For bass reinforcement four WS218X Dual 18” Bins were positioned in the orchestra pit with four W8LM boxes spaced out for front fill. Complimenting this setup, another two MLA Mini systems were used as side fills and were angled and calculated to fire under the balcony so that Verny could monitor effectively from the FOH position.  For stage monitoring four of the LE monitor wedges were used.  Audiosure’s Product Specialists John Greaves (Martin Audio) and Lesedi Maponya (Allen & Heath) were on hand throughout the entire design, rigging and performances for technical support.

Greg Payne from Audiosure had the following to say, “Jesse and Audiosure have enjoyed a great relationship for many years now. When Jesse asked us to help with his production, we were more than happy to assist with the help from our friends at Zinto Marketing. We were able to provide Jesse with a professional comprehensive system ensuring his amazing show was delivered to his audience in a way that he expected. Thank you to everyone that was involved in this production & thank you to Jesse for choosing us as his preferred brand.”

Great to see orders on their way to us as the industry slowly starts to correct itself after the semiconductors shortages of the past two years!Thanks to MC2 Audio for sending them across! ... See MoreSee Less
View on Facebook
· Share

The Audiosure team together with Robert and Paul from Sound X Perience installed a compact Martin Audio Ltd WPM Line Array system with an ALLEN & HEATH SQ Digital Mixing system and AKG Microphones at the newly built hall at the Ga-Rankuwa campus of the Tshwane University of Technology. The system is designed to be used for Graduation Ceremonies and events at the hall and is focused more on Public Address than music playback. That said, the Audiosure team made sure that there was plenty of power on tap if music entertainment is needed in the future.A fully spec’ed Martin Audio Line Array is installed in the hall consisting of 6 x WPM boxes per side and 2 x SX218 Double 18” Bassbins flown from anchor points in the wall. The WPM boxes have dual 6.5” LF drivers inside with three 1.4” aluminium dome HF drivers that together deliver 100 degrees of horizontal coverage with 10 degrees of vertical with a peak SPL of 130db to cover the venue. Two passive Blackline X12’s are positioned on the front of the stage as front fills and a single Blackline X12 Powered is set up as an on-stage monitor. At the rear of the venue 2 x CDD12’s are pole mounted and dropped from the high ceiling to cover the upper balcony seating area and a further 3 x CDD8’s are mounted underneath the balcony. All the CDD’s are yoke mounted and have their horns rotated to deliver a wider cone of coverage to the challenging areas. The entire rig is driven by three of Martin Audio’s IK42 Dante enabled amps which provide 20,000W of power per amp across four output channels and a Martin Audio ASF14020 8-port network switch connects all three amps to the network. All of the 60,000W of audio power is harnessed, controlled and mixed with an Allen & Heath SQ5 Digital Mixer at the Front of House, connected to two AB168 stage boxes via CAT5 cable. The primary AB168 is located upstairs in the control room above the stage where it is in close proximity to the Wireless Microphones and IK Digital Amplifiers. The secondary AB168 is positioned at the back of the stage for localized inputs and outputs. To translate the experience to the engineers and operators, the enclosed Front of House space has a pair of Samson Audio Resolve SE8’s studio monitors for accurate mixing inside the booth and a Denon DN-900R Dante Enabled Digital Recorder. A Samson Q7X Handheld Mic allows for talkback. Chauvet Pro and Eve Fixtures are installed on the 3 lighting bars in the Hall. The front bar has 16 x EVE P140VW Variable White’s and 4 x EVE P130RGB with Barndoors and the bar on the back of the stage has 6 x P130RGB’s. All of the lights are routed to the Chauvet Pro Net X II DMX distributor and are controlled by a Chamsys QuickQ20 which offers touch screen control over functions like dimming and LED color mixing. The QuickQ20 also has built in Wi-Fi allowing the Lighting Operator to control the features from an Android or iOS device remotely.Four channels of Wireless were needed for the venue. The top of the range AKG WMS470 Wireless systems were selected comprising 2 x Handheld Transmitters featuring, the legendary AKG D5 capsule, and 2 x Instrument Sets, one with a CK99L Lapel Microphone and the other with a C555L Headset system. The wireless systems range are augmented with the APS4 Antennae Extender which extends the scope of all four channels with two SRA2 E/W Antennae mounted above the stage, one behind the proscenium and one in front of it, to facilitate usage on stage or moving into the center of the venue. The stage also features two Samson Audio CM20P Gooseneck Podium Mics fixed to the front of the stage.If you would like our team to visit and asses your site or venue then please send us a message or call us today. ... See MoreSee Less
View on Facebook
· Share

Long time player and Piano and Keyboard Reviewer Keyboard Kraze puts in a glowing review on the Recital Pro and agrees that for the price the Digital Piano delivers a lot of features for levels of player. #recitalpro #digitalpiano ... See MoreSee Less
View on Facebook
· Share

Our awesome team of Product Specialists are on hand to assist you with any technical advise you may need on our range of products. They are also able to assist with spec'ing your next custom install. Sporting their new Jackets, from left to right, are Dave Skinz (AKG Wireless and Digital Music Specialist); Mabiche Lesedi Maponya (ALLEN & HEATH Specialist); Kevin George (CHAUVET Professional Lighting Specialist) & John Greaves (Martin Audio Ltd and Optimal Audio Audio Specialist). Looking good Chaps!!!!#readytoav ... See MoreSee Less
View on Facebook
· Share

The DH768Z-UST boasts an advanced laser phosphor light engine for superior brightness and color uniformity matched with a high 4,000 ANSI lumens of brightness and a crisp 12,000:1 contrast ratio. Its compact size and UST Technology ensure that it can be installed in limited spare or where mounting on the ceiling isn't feasible.The device also requires no maintenance because of its lampless laser light source design, which offers up to 20,000 hours of operation.#projectors #museums #USTTechnology #avtech ... See MoreSee Less
View on Facebook
· Share

As part of our new Green Policy, we have planted 50,000 new trees with @Ecologi_hq. The first 10,000 have been planted in Madagascar's Marotaola project, aiming to restore native, carbon-absorbing Mangrove trees to the region. Find out more: https://ecologi.com/focusritegroup/martinaudio 🌲🌳🌲🌳🌲